Skip to main contentSkip to navigation

How Will Tax Reform Affect Alimony? 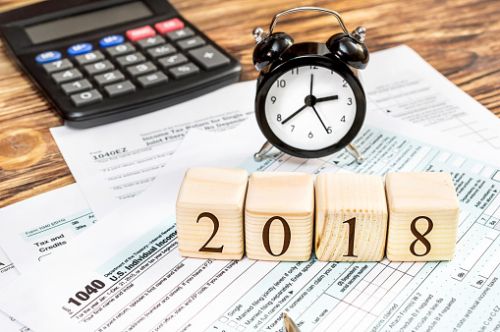 Congress recently passed the most significant tax reform in decades, and many people are wondering how it will affect them. Much attention has been paid to what deductions will be available to taxpayers, but some deductions haven't received much attention in the press. In the end, changes to one such deduction may have a big impact on many Utah families: whether alimony paid is deductible from the payer's income, and taxable as income to the recipient.

In Utah, alimony is awarded based on the recipient's need and the payer's ability to pay. Unlike child support, there is no fixed formula for determining alimony, and couples can agree on an alimony amount they consider to be reasonable, or the court can determine it when necessary.

Under current tax law, alimony payments are deductible to the payer and taxable as income to the recipient. Let's say that Chris earns $80,000 per year and Lee earns $20,000. They divorce, and Chris is ordered to pay Lee $12,000 per year in alimony. Ignoring other deductions either of them might take, Chris' taxable income is now $68,000 while Lee's is $32,000.

This, obviously, takes some of the sting out of having to pay alimony. The new tax law is going to eliminate this deduction, though not immediately. And that means that if you are planning to divorce, you have the opportunity to keep this deduction—IF you are able to have a divorce decree entered in time.

Under the new tax reform law, alimony will not be deductible from income by the payer, nor will alimony payments count toward taxable income for the recipient. In the scenario above, even though Chris is paying Lee $12,000 in alimony per year, Chris' taxable income will remain at $80,000, and Lee's at $20,000.

However, this only applies to those divorce decrees that are entered (signed by the judge) after December 31, 2018. Therefore, if Chris and Lee have their divorce decree entered on December 30, 2018, the old tax law applies. If the decree isn't entered until January 1, 2019, Chris will lose the tax deduction for alimony payments. Chris will pay more in income tax, and Lee will pay less.

What About Modifying Alimony?

Obviously, if you are in Chris' position, it is in your best interests to have that divorce decree entered in 2018. You may even be inclined to be generous in agreeing to an alimony amount in order to "seal the deal" and get your spouse to agree to a divorce settlement. After all, you can always go back to court later and have the amount of alimony modified downward if you need to, right?

Yes...and no. Utah divorce law does provide for the ability to modify an alimony award under certain circumstances, such as if the payer loses a job or becomes too ill to work and it is permanent in nature. As a general rule, though, the court will not reduce the amount of alimony unless good cause to do so is shown, or unless the parties specifically agree. Even if you can get the judge to sign off on an alimony reduction, however, another pitfall awaits.

For those individuals who pursue and receive a reduction in alimony payments after December 31, 2018, the new tax laws will apply, even if the original divorce decree was entered in 2018 or earlier.

Bottom line: the change in tax law may make individuals who received favorable treatment under the old law (payers) think twice about pursuing a modification under the new law—particularly if the modification is likely to be small. The loss of the tax deduction might offset the benefit of the reduction in payment.

Is the Child Tax Credit (CTC) Affected by the New Tax Law?

The Child Tax Credit (CTC) has doubled from $1,000 to $2,000. $1,400 of that amount is refundable, which means that if the credit reduces your tax bill to zero, you can receive the remaining amount of the refundable portion as a tax refund. In addition, the credit doesn't even begin to phase out until income reaches $200,000 for a single taxpayer or $400,000 for a married couple. That means people who didn't qualify for the credit in the past will now.

All of this sounds great, but the benefit will be limited for many of the people who need it the most. The refundable tax credit doesn't kick in until a family earns at least $2,500 in income, so families with very little earned income won't really see a benefit. The law also makes other changes that may offset the increased CTC, so that the benefit is not as great as it appears.

At BartonWood, we're paying close attention to how the new tax law impacts the families we work with. If you have questions about how the new law may affect your family law matter, we invite you to contact us.

In regards to Covid-19,  We are reviewing the best guidelines for our city and state for how

we should conduct business and plan to update this message as soon as we can.

Please call our office(s) to get learn how we are engaging with current clients and new at this time.